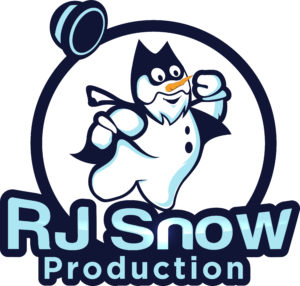 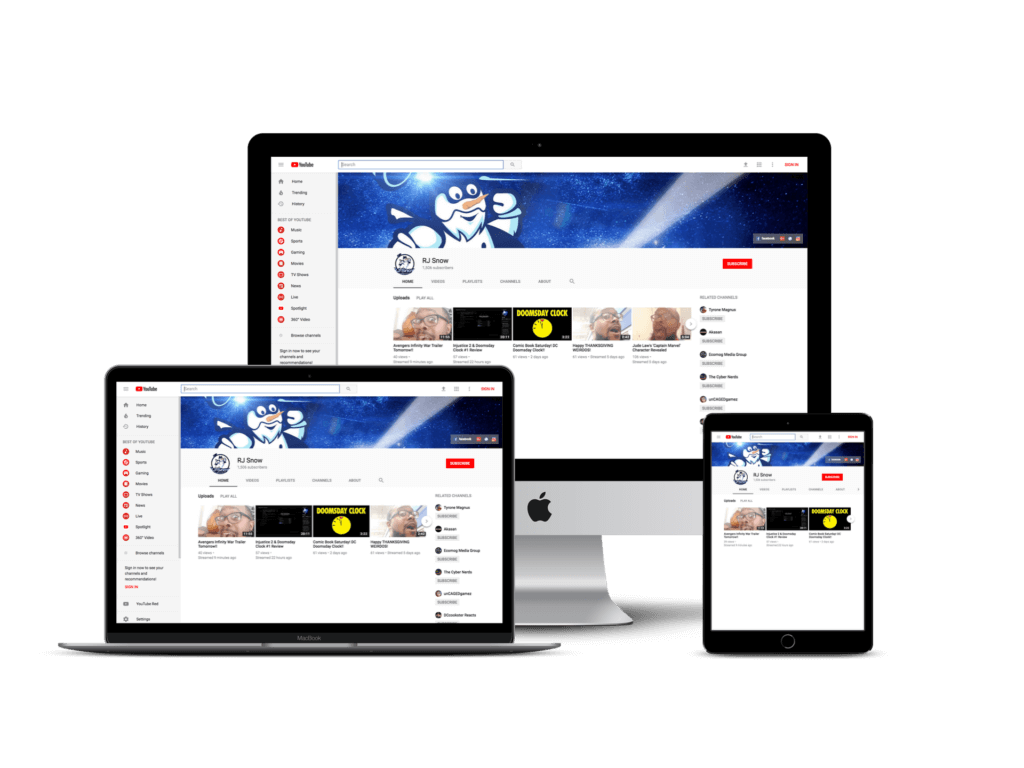 While one of our core services is Web Design, we also help with branding and logo development. RJ Snow is a quirky but extremely hilarious comedian, gamer and avid Comic fan. His beginnings started with stand-up comedy and quickly developed his skills of being a great comedian. After taking a break from stand-up, he decided to merge his love of comics and stand-up to form a YouTube channel called RJ Snow Productions. He is also known as The Bearded Snowman on Facebook. RJ approached us for developing branding for his vision and consult with him on how to setup a Social Media following and build an audience.

RJ is a visionary in his own right but also a well educated individual. When he approached us about doing branding for his venture, he came with a clear vision of what he wanted and was looking for. He provided a full layout of colors, design, elements and even inspirations for his logo. Once the logo was decided upon, we made a matching profile banner that could be used on his YouTube and Facebook profiles. To put the final touches on the branding, we helped with animating the logo so he could use it as a reveal/intro to his videos.

Now with the branding out of the way, it was time to start developing his audience. We did our research and also he provided his expertise within this area to give a clear vision as to who is reaching and where to start. Once his vision and our game plan were merged, he decided on developing gaming and comic review trailers.

On August 31, 2017, he released his first trailer and has now released over 80 videos. RJ set a goal to reach 1000 subscribers before December 31st but quickly crushed that goal by getting over 1000 (1500 as of Thanksgiving 2017) before his date. He has proven that a continued path of developing content will bring the audience. Going by his self proclaimed hashtag #ForeverWeirdos, he has developed a following and will eventually be a household name in entertainment. Below is one of our personal favorites:

Ready to Transform Your Business?